New Stickers: Its the biggest remake of the new car window sticker in over 30 years. We'll fill you in on the new information you'll be seeing in the new car showroom. 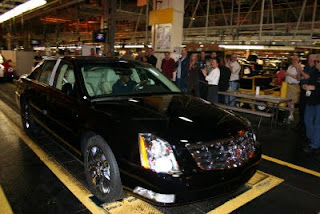 Ryan Briscoe driver of the Number Six IZOD Penske Indy car 500 qualifying efforts included a crash into the wall at 220 miles an hour and a little over an hour later a run in a back up car that put him in the show. We spoke to Ryan about his race strategy and the upcoming Chevy Indy
engine.

Plus Motor Milestones.. A Cadillac reaches the end of the road while a Mazda breaks a record.