Quaked: The massive earth quake and tsunami hit Japan back in March but the effects are going to be felt for a long time in the auto business. 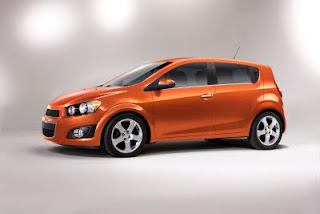 Chevy goes Sonic and the less than a year old Cruze gets some improvements.

Meanwhile the brand new VW beetle gets the R treatment.

Toyota reveals an upscale Yaris for the Euro market.. But will it make it to U. S. roads?