THE CARS THAT MADE AMERICA, AFFORDABLE V8 CAMARO and NEW MODELS FAST!

Chevy brings the ZL1 to NASCAR or at least a car that looks like
a ZL1 and Executives are talking about a more affordable V8
model for the street. 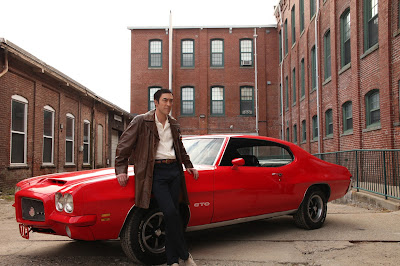 Hyundai is looking to slash development time for its new models we'll tell you how...
Talking Tech Mazda reveals a gas powered engine with the efficiency of a Diesel


LISTEN TO THE BROADCAST OF CRUISE CONTROL RADIO
Live Stream on Saturday August 5th at 10 AM Eastern.
Find out how to listen HERE .

Plus ... The History Channels first Annual Car Week is set to air this
week and Dale Earnhart Jr... will present a three night six hour series
called The Cars that made America. We'll talk with Vice President
and Producer for Magilla Productions Kevin Allgood about what it
took to tell the stories of Henry Ford, Walter Chrysler,The Dodge Brothers,
William Durant, Lee Iacocca and John Delorean..

All that and a whole lot more when we get rolling on Cruise Control Radio..

Posted by Cruise Control Radio at 6:22 AM